This page is dedicated To Blinny Platt.  As I think of things she might say or do I will add them.  I know that she is now a peace in her house. 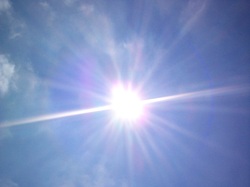 From freeimages.co.uk.
This morning sun appears brazen like the one Blinny shaded her eyes from the day of the fire. Study it for a moment and it does make ones eye hurt.  Think a moment of how the little girl felt. 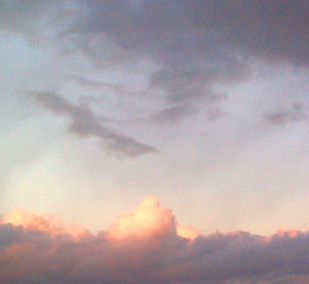 From freeimages.co.uk.
This reminds me of the softer blush

on the clouds that I envisioned

while writing that scene.


When I first mulled over whether my mother's story would  make a novel, I didn't know.  Would losing your baby brother when fire consumed the family homestead house, followed in a few weeks by her mother dying and then sent by train across the Rocky Mountains to live with her two uncles and her grandmother be enough?  It was a question that stayed in my mind as I wrote five other novels.  The thought never left.  Harbored Secrets developed from there.  It is totally fiction, but has its basis in fact.   The following pictures helped me to visualize where my folks were raise.  The prairie was part of their lives even after they left to live in a valley in western Montana.  They kept it alive with stories and visits to the family homesteads. 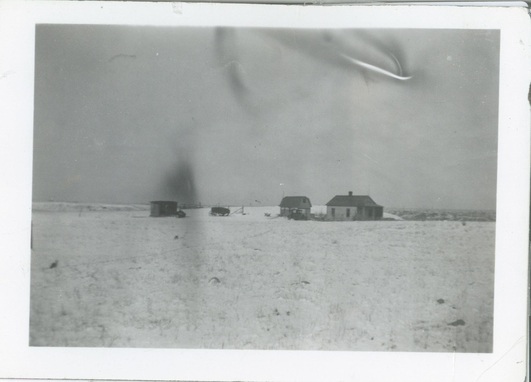 This homestead belonged to my Great  Grandmother.  It was located near the Canadian  border north of Rudyard.  Blinny may have lived in one very similar. 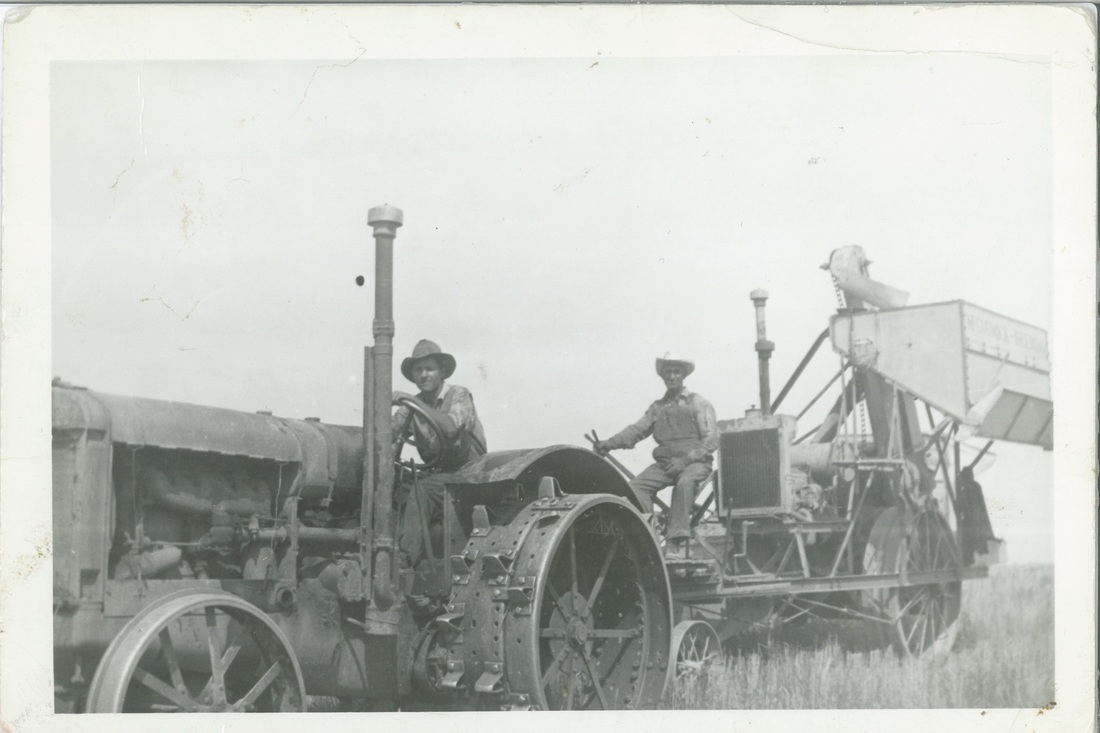 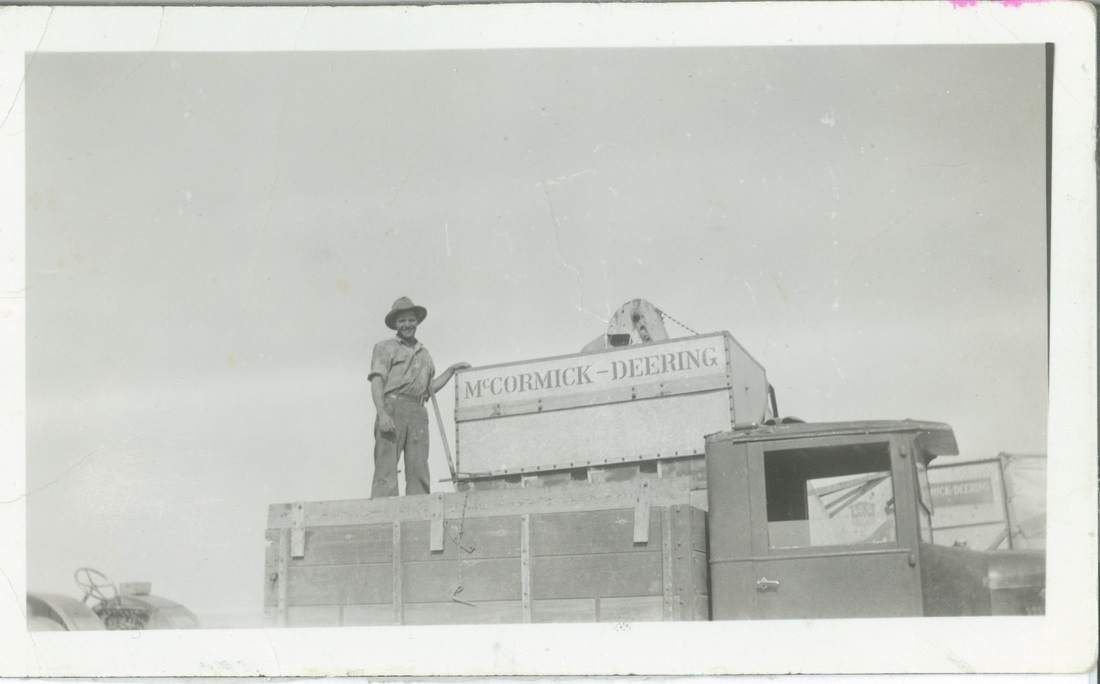 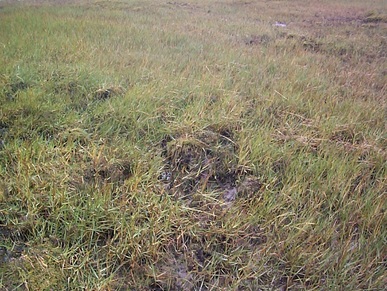 This is a sampling of what a grassland prairie looks like.  There is nothing quite like it.  When you stand in the wind and search through the grasses all kinds of life are feeding off the richness of the grasses and soil.  Just like humans do.  We feed on what we know and we nourish on what is familiar.  Jot me a note and tell me what is growing in your surroundings. 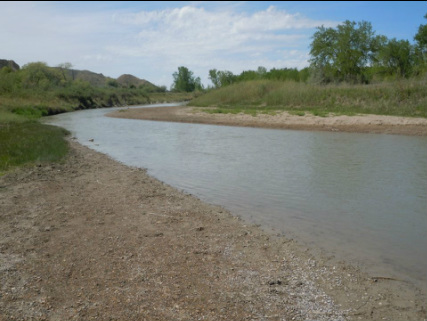 My Granddaughter has chosen to live in the prairie country of Montana.  This is a creek near her place.  I show it so the reader can see there is beauty and stability in the grasslands.  Blinny built her house near one such creek and built the gazebo for Odette on its banks. 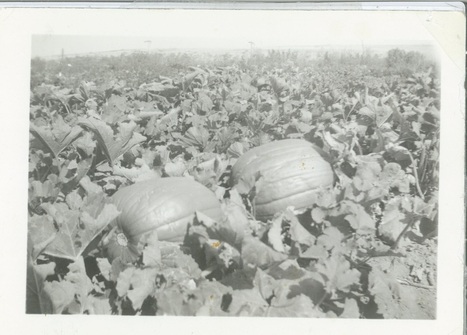 On the back of this photo, my mother wrote that these were my parents first gourds.  I don't know if they are pumpkins, but it is how I came up with the idea for Didier to want to grow pumpkins for a cash  crop.


The following is a recent review of Harbored Secrets.  It is so well written and has a good understanding of my plot.  I wanted to share it and to thank the reader.....

It's a story that cries out with the message that
"love  is an action verb."

Blanche, or Blinny, as she is known to those
closest  to her, is only eight years old when the story opens. She is called
upon to  perform an adult's role in driving the combine tractor on her father's
wheat  farm. Within the first few chapters, we learn that this is only the
dandelion-top of a weed that grows deep, deep throughout this girl's childhood.
She is forced, through circumstance of adult neglect, to deliver her baby
brother and cut the umbilical cord. She is given utter and unfair
responsibility  for the care and rearing of a willful younger sister, for the
most part three  years old, then ten, then fifty.

Unloved, uncared for,
unable to do a  damn thing about it, the adult Blanche builds her house, brick
upon brick,  trying to come to grips with the secrets uncovered throughout the
years. There  are two, three, maybe four moments when this child/woman has felt
real love, and  those instances haunt an otherwise plodding, often horrible,
existence. This  book is hard to shake. 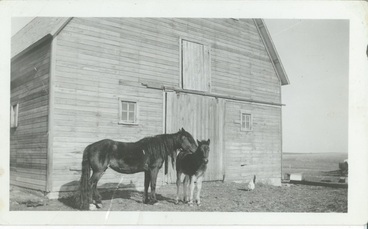 This is another of Mom's old pictures of the homestead on the prairies near Goldstone, MT. The township of Goldstone is now gone. So are the barn and horses. What is left, are the stories that Mom told and that I hold in my heart.  Could this have been a barn with a snake box in the loft?  Only my imaginative character, Blinny, knows. 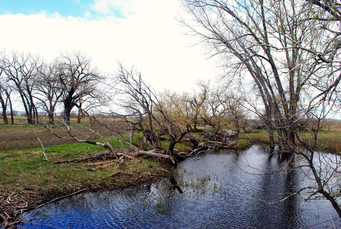 At one point in Blinny's daily battles with Odette, I describe Odette's troubled eyes as ripples in a stock pond.  This is similar to what  I envisioned.  I used a stock pond as the analogy because they fight to just stay alive and not be sucked away into dry soil.       I was giving permission to download this photo from Flickr by Yakkhapadma.
5.0 out of 5 stars This author was born to write., May 16, 2014

This review is from: Harbored Secrets (A Psychological Mystery) (Kindle Edition)

By the end of the very first paragraph, I knew Marie F. Martin had written a book I would have a hard time putting down. In between high drama, there is a love letter to Montana, and she uses her love of the English language throughout. More "Oh wow" moments in this book than any other I have ever read in my more than half a century of life.